Right before my last trip to Spain, rumors of a laptop ban in flights from Europe to the U.S. started appearing. I didn’t want to take my Surface Book and risk being forced to throw it inside my luggage on my way back (we all know how airlines treat luggage).

So what options did I have? Either leave my laptop at home, or travel with a device that I could live without, in case it broke after being handled like a sack of potatoes.

That’s when I thought of my old Surface RT, abandoned in a shelf for years. I wasn’t sure it would be “enough of a tablet” for my trip but coincidentally, that same week happened to be the 5th year anniversary of its presentation, so it was perfect timing for a test.

Would I be able to use my email? Write a little bit? Upload pictures to Facebook? Read Twitter? Buy tour tickets and make trip reservations? Would any of the old apps work? 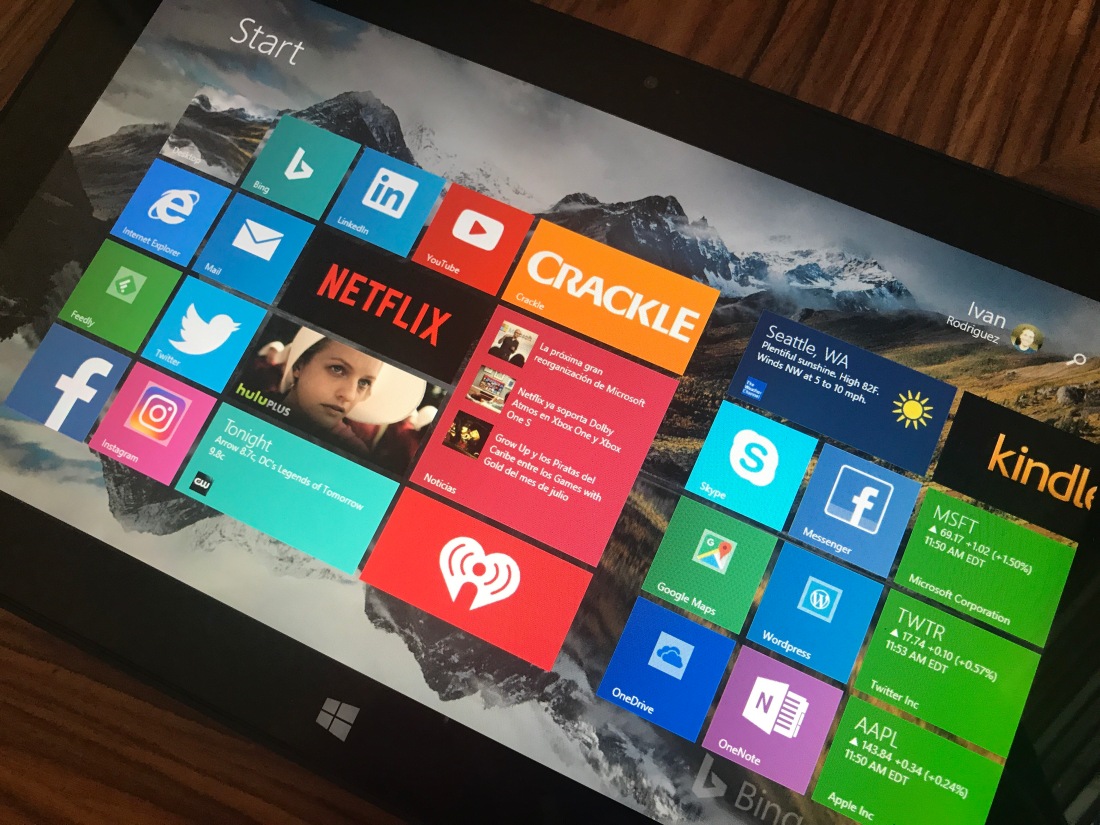 The answer to all of those questions was, surprisingly, yes.

The Windows Store for RT still works well. In fact all the apps that were published back in the RT era are still there, especially those that got updated as a Windows universal app— shameless plug: Colorshot still works fine not only on Windows 10 but also on 8 and RT!

Apps like Facebook or Twitter have been left behind: although their Windows 10  version is accidentally featured in the Store for RT, I still got to download the version from 2012; Facebook, for example, shows a polite disclaimer when you try to send a message to a friend: the feature is discontinued and you must install the Messenger app (which doesn’t exist for Windows RT). Tough luck.

Soon, I found myself feeling like I did when I had a Windows Phone: the OS worked great but I depended on Internet Explorer for all the websites without an official app.

Regardless, it was a pleasure to multitask with a split screen, or to type emails with the minimalistic keyboard cover, or to watch Netflix using the integrated kickstand.

At the end of the day, I felt like the Surface RT was capable of covering all my travel needs, and I’ll admit that I was pleasantly surprised.

Microsoft is trying today a similar strategy once again with its Windows 10 S operating system, so I’m excited to see what devices will come out with the renovated OS.

The Surface RT created a strong hardware foundation for Microsoft and for many partners who reused the same ideas. It deserved a second chance in 2012, and in a way, got it 5 years later.