Both Amazon and Apple have made recent announcements that have resonated across the literary and music industries (even though Apple has already made a royalties policy U-turn after a controversial open letter from Taylor Swift).

We live in a society where technology allows consumers to access creative content easier and faster than ever, so I wanted to better understand how some of these decisions (like Amazon’s new pay-per-page policy) affect the industry at its core. Below, you can read an interview with Mary C. Moore, author and literary agent. 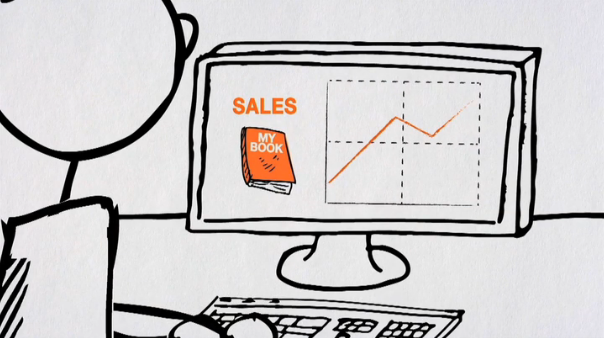 Amazon recently announced a new payment policy for self-publishing authors where they’ll basically get paid for each page of their book that people actually read. Amazon claims that they received great feedback from authors, so how do you think this will affect the industry?

Well, this is speculation and opinions on this strategy vary wildly across the board. As the way it stands now, the largest impact is going to be on the self-publishing authors who publish exclusively through Amazon. Beyond that, the effects will probably be felt on writing trends. A pay-per-page system skews in favor of high-paced, tension-filled, cliff-hanging writing that makes the reader continue to turn the page rather than some of the more subtle and nuanced books that perhaps favor lovely writing, or a surreal storyline, or something more abstract.

This system is going to pull in writers who lean towards sharp writing and basic, formulaic story-telling and push out the more avant-garde and artistic. And readers will be trained along the way to expect these types of action books, just as we were trained to accept lots of explosions and fire and not much dialogue or depth with Hollywood movies. Although I am a fan of a good page-turner and believe that is an art as well, I do think we as a society lose something if we lose our more literary artists. You already see how empty and hollow and shallow most Hollywood releases feel these days, and how they’re consistently redoing old successful movies because they seem to have lost the ability to come up with anything new.

Do you think this will impact in any way publishers? Do you expect the number of only available-online books to change because of policies like Amazon’s?

It really depends on how successful the venture is. Publishers are notoriously slow to adapt new technologies and publishing platforms. It’s not until something has proven to be successful that they jump on board, and even then it’s usually too late or poorly executed. Ironically, their slowness may be the thing that is saving our more literary-type publications and imprints, as those artists know the possibility exists for a solid publishing deal, even if they are writing something that doesn’t have mass-market appeal the way trade paperbacks and self-published novels need to have.

Stepping back a bit, why do you think Amazon is introducing this new policy in the first place? Was there an actual problem to correct?

I believe Amazon is introducing this policy because of the way they pay their authors on their KDP Select platform. For those who are unaware of what KDP Select is, the KDP select self-publishing option is one that authors can publish their books through Amazon, and the books will be made available for free “borrowing” to Amazon Prime members. In return Amazon has a “pot” of money that they pay their authors for each Amazon Prime download. Although this sounds appealing, get your book out there for free and be paid, the downside of this program is that it plays into Amazon predatory business practice by requiring any participating authors to publish exclusively with Amazon, meaning their book cannot be available anywhere else.

Now Amazon wants to pay those same authors “per page” instead of “per borrow,” which basically translates to, they don’t want to shell out the money to authors whose books are getting snapped up by Prime users who are just downloading a bunch of books because they are free. So financially, for Amazon it makes sense, for authors, it’s just another way that their earning opportunities are getting whittled down.

Recently, we have seen tech companies doing big changes in regards to how much/when should they pay authors/artists for their work. Seeing how Taylor Swift’s letter helped singers with a battle against Apple Music, does the book industry have such a strong voice to stand against abuses?

Most authors, publishers, and bookstores have been railing against Amazon pretty much since its inception. The most well-known example is the open letter signed by 900 authors including Stephen King, John Grisham, Junot Diaz, and Barbara Kingsolver. Unfortunately, this brings us back to the slow-to-adapt publishing industry, which Amazon is taking advantage of.

Currently a book, once it has been contracted by a publisher, may not make it to the shelves for another two years, and that’s not including the time it took to submit and lock down a literary agent, and the time the literary agent took to sell it to a publishers, so an author is looking at 3+ years before their book is on the shelf. But with self-publishing your book could be up with 3 days. Traditional publishers have a lot of overhang expenses, from warehouses to printers to shipping to return policies, throw in book designers, editors, marketing, and their royalties to authors are small 5-25% vs self-publishing which can be up to 80% royalties.

Thus tech companies can swoop in and make dazzling promises to debut authors that publishers can’t and these authors give up a lot of their artistic rights without realizing it. And many are so desperate that they end up giving away their content for free, which further bloats the belly of the beast. I will point out though, there have been quite a few savvy authors who have made killing on Amazon and that was the best option for them, but for every self-publishing success story, there are hundreds-thousands of authors who have been cut down. So the battle rages on between the publishers and Amazon, and the authors are stuck in the middle.

One thought on “Amazon and the art of writing: interview with author and literary agent Mary C. Moore”