Scarcity is “the fundamental economic problem of having seemingly unlimited human wants in a world of limited resources“.

Many thought that Nintendo was the master of artificial scarcity because of how difficult it was to find in stock the Switch (and other Nintendo consoles). It increased the hype for all those fans who were anxious to get their new toy, and for those who got it, it created a feeling of exclusiveness.

However, reality is slightly different: even today, over 5 months after its worldwide release, many retail stores still have limited availability or are sold out. Nintendo is actually having supply issues, which I bet they are trying hard to resolve before the holiday season.

Now, does the console live up to its hype? After a few weeks playing with it, I have to say ‘absolutely‘. The Nintendo Switch surprised me with its versatility as a powerful docked console and as a portable gaming device that doesn’t compromise.

First, let me talk about the hardware. The fact that a device with the dimensions of a phablet has the power to render without a glitch a game like The Legend of Zelda: Breath of the Wild is definitely impressive. The game is rich in details and offers breathtaking panoramic views like this one: 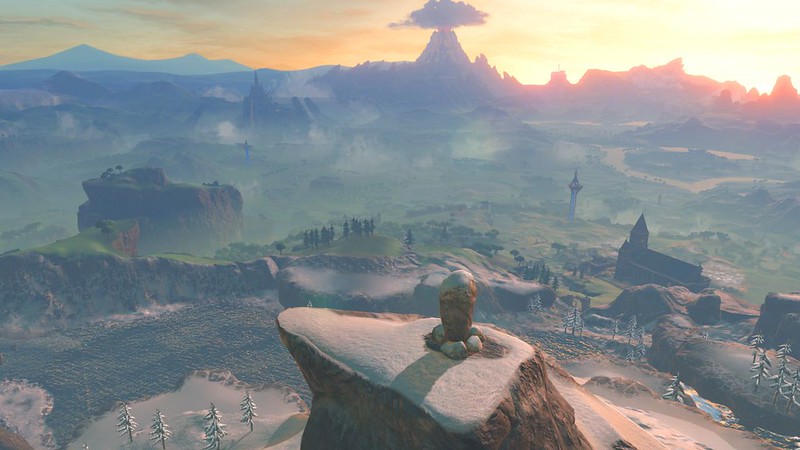 Nintendo future-proofed the Switch by packing it with an accelerometer, a gyroscope and a motion IR camera; that will allow game developers to create immersive experiences for many years to come. The game 1-2-Switch is practically a showcase of ideas for developers to use on their own projects (apart from being a great entertainer for parties.)

Let’s also talk about its portability. For years, I got used to the idea that complex and rich video games can only be played on a big console connected to a TV; forget about making progress on your game when you are not home!

The Nintendo Switch changed that: playing Zelda with the Joy-Con controllers attached to the console feels practically as good as playing it on a big screen. Nintendo knows this is one of the biggest selling points of the Switch, and they don’t shy away from it on their official website: 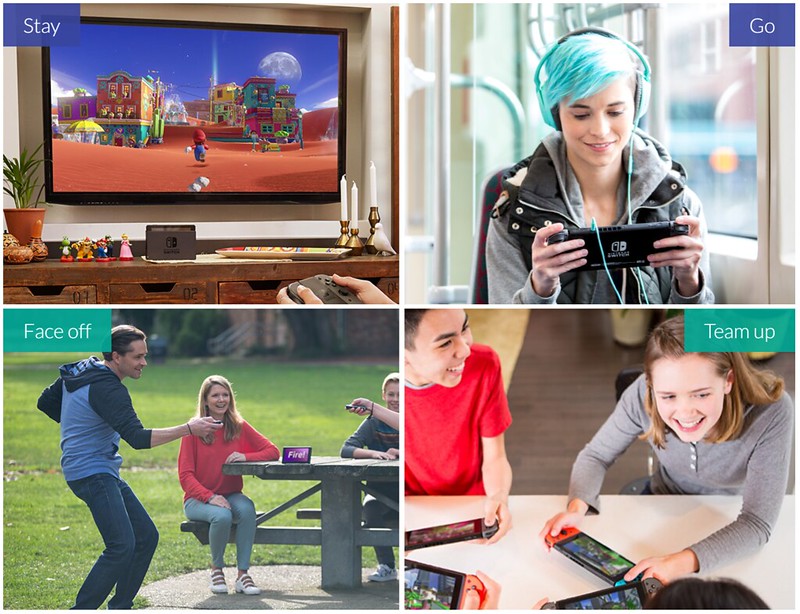 I had not owned a Nintendo console since the 90’s, when the Nintendo Entertainment System still ruled the world, so I’m delighted to see such a good execution on their latest console (especially after the Wii U fiasco).

Now, can Nintendo’s portable console help reverse (or at least decelerate) the shift that the gaming industry has been seeing during the past few years? Can the Nintendo Switch appeal to both casual and heavy gamers? 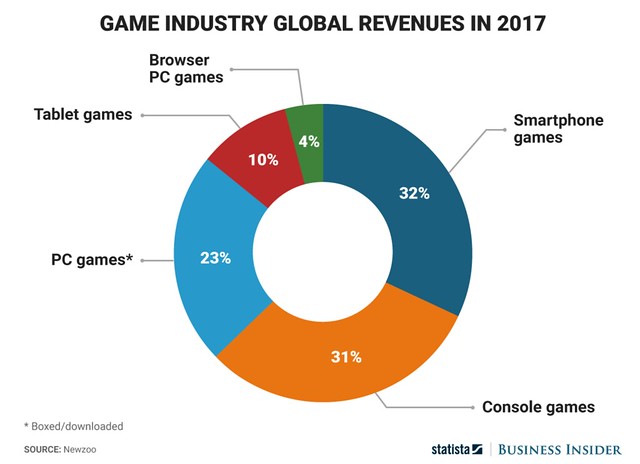 Even in a world where smartphone games already provide more revenue than console games, it looks like Nintendo still has something to say.