When Panos Panay announced the Surface Book on October 6, I was immediately intrigued by it: could Microsoft really make a great laptop on its first attempt? The Surface line needed 3 iterations to reach maturity, so would it be different this time?

I preordered the Surface Book knowing that there would be quirks here and there (it’s a first-generation device after all), but I was excited to see if it was a true convertible. Would it feel like a real laptop while typing on the physical keyboard? Would it feel like a real tablet while holding it with one hand and tapping around with the other? 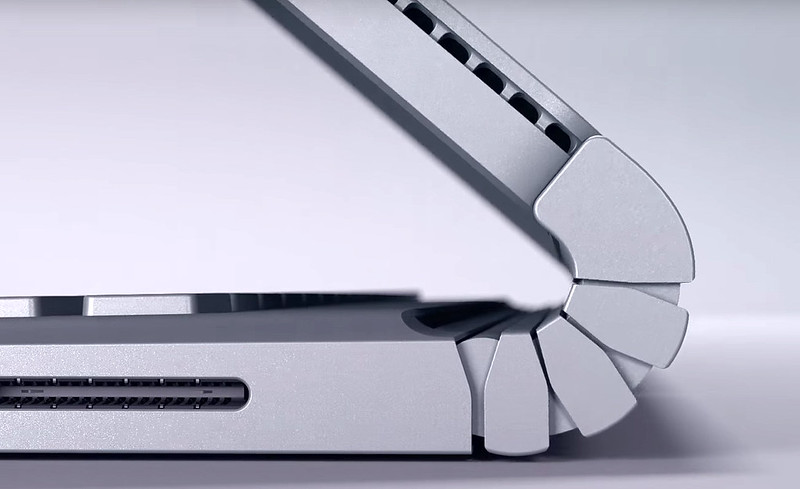 October 26 arrived and the Surface Book came along in its beautiful packaging. Setting up Windows 10 was pretty fast, I was logged in and reconnecting with Cortana in minutes. Then, after one very important update, I discovered Windows Hello, which is one of the best features Windows 10 has, by far.

Windows Hello allows you to unlock your computer by just looking at the screen, and it works as magically as advertised. I tried it in many ways and it was always able to recognize me; it even works in complete darkness or after getting a hair cut. Impressive!

The only scenario that disappointed me was when I tried switching accounts: I created a personal and a work account because I like having 2 fully separated environments; Windows Hello is configured to log me into the personal account, but apparently, it’s not engineered for users with multiple accounts on the same device. When I click on Switch account from the Start Menu, instead of giving me time to click on Other user from the lock screen, Windows Hello immediately logs me back into my personal account. I worked around this by covering one of my eyes with my hand, confusing the system and giving me enough time to click, but hopefully this situation is improved in a future software update.

In any case, Windows Hello is the future without a question: after a week using it at home, it felt slow and unnecessary having to type my password every time I needed to unlock my computer at work. In environments where users need to lock/unlock their devices several times per day, Windows Hello is more than useful, it’s a game changer both from a security and productivity standpoints.

It made me think of how we are getting closer every day to that Hollywood future where biometrics are the key to identify ourselves with the technology around us: I now unlock my phone with my fingerprint and my laptop with my face. This Windows 10 advertisement made me smile when I first saw it because it’s cute, although I didn’t actually believe it:

Now, not only I believe that’s indeed our future, but I also think we’ll really reach a point where we won’t need to remember any password because they simply won’t exist in the first place. We will just unlock places, devices and experiences with our voices, our fingers or our faces, in a safe and reliable manner. We will tell our kids about long passwords and they’ll look at us like today’s kids react when they hear about dial-up modems.

The Surface Book is an impressive first iteration of a promising product. Microsoft made a great laptop on its first attempt, but more importantly, they used it to showcase what the future should look like, bringing us one step closer to it.