Have you already upgraded to Windows 10? If so, you probably experienced how easy it was: click, download, install, done. Or perhaps you are one of the few people who, like me, run into one of the 16 hexadecimal error codes that you can reportedly get in the process.

I love Windows 10 and I truly believe it’s one of the best editions of Windows ever released. I upgraded my little 8″ Dell Venue 8 Pro and I’m loving it, so I honestly recommend you to get it as soon as you can. However, the upgrade experience wasn’t simple in my case, and that’s why the #1 thing I’d change from Windows is Windows Update. 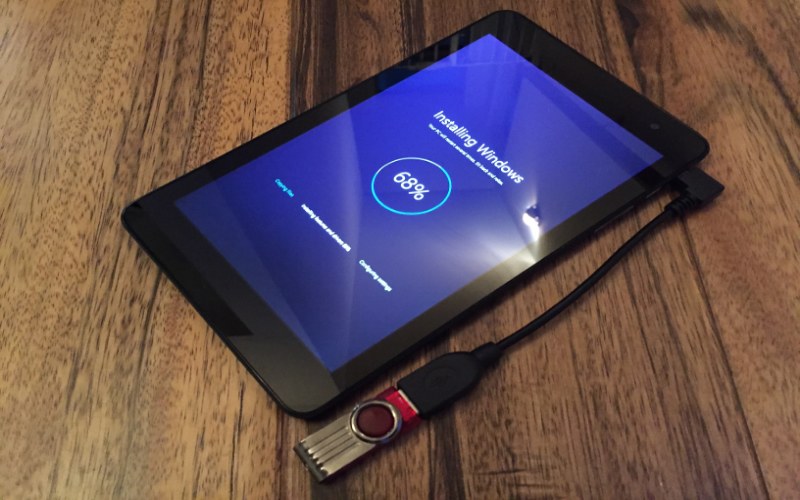 One of the biggest challenges Windows has always had, and also one of the main reasons for its global success, is the vast variety of devices where it needs to work; the operating system is prepared to run on virtually every PC that manufacturers build today and the ones that are yet to be built, so it’s understandable how “magic” it feels when the upgrade just works.

Nonetheless, I want to focus on what happens when an update isn’t that smooth, which usually means the user has to take some kind of action. This is specially problematic given that the majority of users won’t spend time investigating what went wrong and how to fix it, they will just continue with whatever they were doing before they got interrupted.

Windows is evolving into a service paradigm, where new updates get downloaded and installed without disrupting users’ daily work, without even noticing anything until they see the resulting improvement. Windows Update has taken huge steps towards this end, but there is one area that really needs a change: how it informs the user when the update failed.

During my first attempt to update my Windows 8.1 tablet, I saw the hexadecimal error 0x80070070 and a quick search online showed me an official post from Microsoft explaining that there wasn’t enough free space to install updates. I had enough space to download the upgrade files but not enough to install them. How much more did I need? Some more online research showed that I needed at least 10GB during the installation.

What if Windows Update had showed me a message saying “5GB are needed to download the upgrade and 10GB are required to install Windows 10” instead of that obscure error code? How many users will have no idea of what to do with error 0x80070070 and will simply give up?

I imagine a much more intelligent update system, where I get a notification if Windows detects that it won’t be able to complete an update due to missing free space or some other reason, including a direct link to the official post that details what I can do to fix that issue.

Windows is moving at full speed towards being a fully serviceable operating system, but today, users are still the ones in charge of dealing with error situations. Windows Update needs to get an upgrade on itself in order to ease these pain points; a way of providing solutions for users who decide to look further into why their update failed.

An upgrade in a ‘Windows as a service’ world cannot be compared to an upgrade on a web site like Outlook.com, but I bet and hope we’ll reach that point some day. In the meantime, these improvements would help change today’s image of Windows Update as a feature for tech-savvy users, making it easier for everyone to upgrade their old devices to the next version of Windows.

Disclaimer: as a Microsoft employee, I am involved in the development of Windows 10. However, the content of this post is purely my personal opinion and does not represent Microsoft in any way.